As an engineer, sometimes it’s difficult to see where or how you can progress next in your career. While working at graze, this was my attempt to write down the things I value in engineering, and try to show what career progression can look like.

Graze is a great place to develop as a professional. We’re big on giving people responsibility and seeing how far they can go with it. Coupled with support through one-to-one meetings with your manager or mentor, this generally works pretty well. But as we grew, people started to tell us that sometimes it was difficult to see where or how they could progress next. And not every manager was totally clear either! So we thought it’d be a good idea to write down the things we value and try to show what we think progression looks like.

To do this many organisations use a career ladder or matrix, detailing the behaviours and skills you need to do to reach the next level. Having spent some time in the corporate world, I was initially wary of this approach: I’ve seen how generic and vague those documents can be. But they can be done well, as demonstrated by a popular example in the tech community – Rent the Runway’s Software Development Ladder. We took heavy inspiration from this, and came up with a version specific to graze. 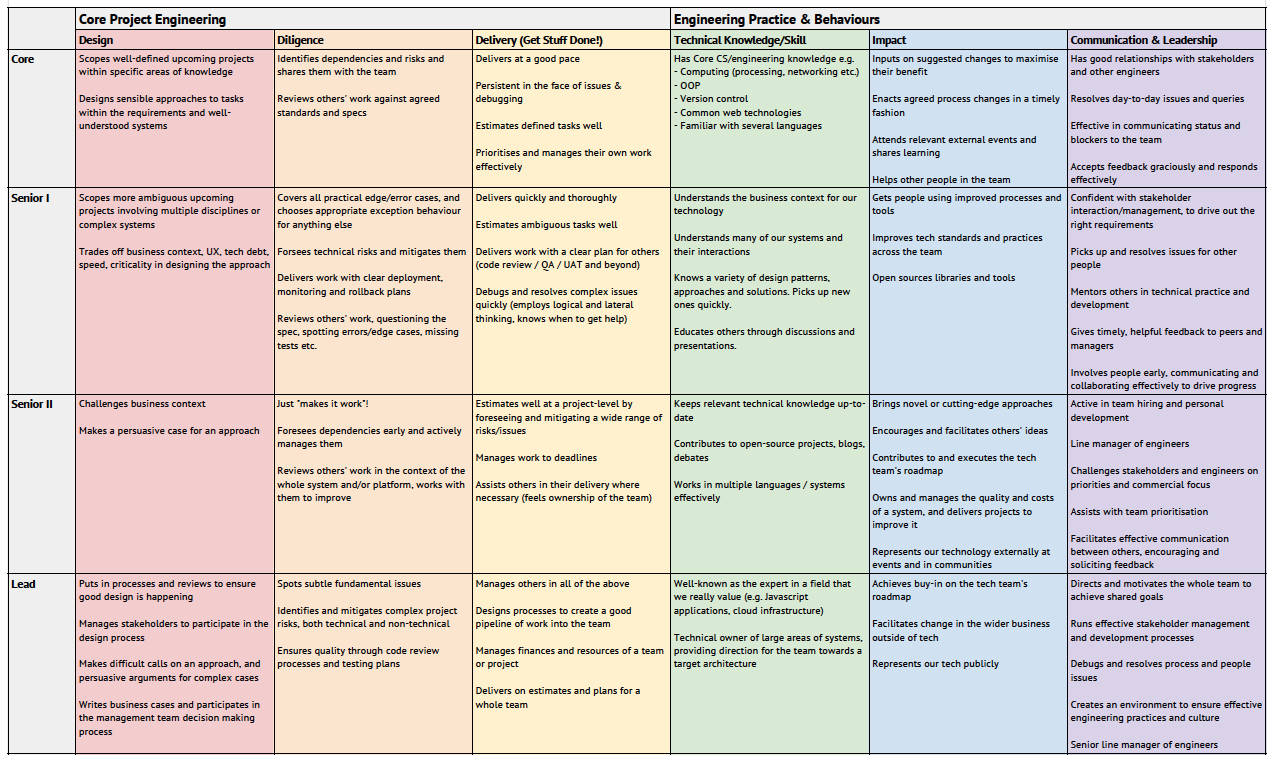 Finally, to jazz it up a little we gave it some colour and called it the “Role Rainbow”. After all, it shows a wide spectrum of areas that people contribute in!